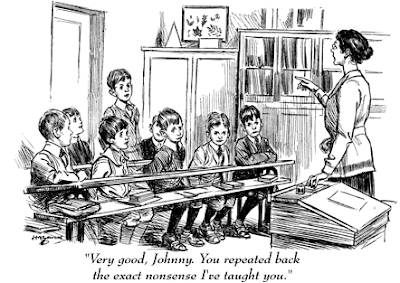 This is a case of "load, fire, and aim" by a very reckless blogger.

Or, to put it another way, it's a case history of nonsense.

Back when we were kids, it was easier to tell what was true and what was a lie.

Back then, news was fact-checked and veracity was prized. News was a bit slower, and there was not quite as much of it, but by-and-large it was accurate and we could sort it out and make sense of it.

Now the news is fast and furious, chaotic and full of lies, misinformation, and partial truths wrapped in bias, conjecture and carefully crafted to fit a story board someone is anxious for us to hear.

So how do we separate fact from fiction and lies from truth?

It's really not that hard, and the good news is that basic techniques can be learned by all.

Let's review the basics, and let's do it by looking at a post that was circulated around the world of dogs just yesterday.

The kerfuffle started when a blog entitled "Never Yet Melted" posted a piece entitled SPCA Outage in Philadelphia.

According to this blog post, written by someone by the name of David Zincavage, a woman had been made a victim of the jack-booted police state. Really? There's a jack booted police state in Philadelphia? News to me.

The story told is that a dog law was changed in the middle of the night and this poor woman was then raided, without notice, and her dogs scooped up to be rushed away to waiting gas chambers or to be sold to the Arabs ... or something.

Hmmm... There was something odd here. You see, for starters this blog does not normally cover dog issues. Nor is it noted for rationale discourse or a careful gathering of facts. In fact, it prides itself as being "Another Right-Wing Web Aggregator and Purveyor of Unpopular Opinions."

In short, it's a place that starts and collects conspiracy theories and circulates them back out to the gullible.

Scroll down and look at the badges on the right side of this blog, and what you find is a glad bag of right-wing nuttery. This blog salutes the crackpot Michelle Malkin, and has a picture of Charlton Heston doing his "cold dead body" thing with a flintlock rifle held high over his head.

Now I support the Second Amendment, but I also support all the other parts of the U.S. Constitution. Where was the badge on this blog in support of the First Amendment's separation of Church and State? Not there. Instead we find a badge that says "Islamaphobic and Proud of It."

Right. Got it. A paranoid gun nut who thinks hate is humorous.

In paragraph four of the post I found an interesting line.

The sort of people who go in for basseting are typically well-educated, upper middle-class animal lovers of a preparatory school sort of background. In other words, the very last sort of people imaginable to be dog abusers or law breakers.

Really? People with money who attended prep schools do not commit crimes or abuse animals? Mental illness only happens to the poor? I had no idea there was any correlation. You would think it was the opposite, with so many stories in the newpaper about richie-riches going off to drug treatment or long stays at private laughing academies for the insane. None ever abused an animal? And then there are all those stories about pharma fraud, banking fraud, stock market swindlers, and professional murderers masquerading as weapons salesmen and drug manufacturers.

A reading of the blog post showed there were no citations. It seems this blog was "breaking news."

And what was their source? Why, the most reliable thing in the world: a "mention on a fox hunting list yesterday" and a report "today on the Border Collie Bulletin Board."

Eh? Was this a joke? The Philadelphia Police and the Philadelphia SPCA are being accused of violating someones civil rights because of little more than anonymous rumor?!

But, in fact, that was the case. And it did not stop there. Three other blogs picked up this train of nonsense and repeated it almost word for word, expressing outrage at the violation of this poor woman's civil liberties. There was a lot of typing about animal rights loons. But I could not help but notice that there was not much concern about what kind of condition the dogs might be in.

I posted on all four blogs urging caution and noting that the facts were not in. I am hardly a friend of the PETA crowd, so I hoped throwing the caution flag might slow things down a bit. Then I fired off a quick note to a reporter at The Philadelphia Inquirer, suggesting she take a look into the story -- there was an article here either way it went. She was already on it (a good reporter!), and this morning her piece appeared and I rip it off in it entirety in order to set the record straight:

As master of Murder Hollow Bassets hound pack, Philadelphia resident Wendy Willard ran in tony rabbit and fox hunting circles. Her pack, formed in 1986, was listed among a select handful from Virginia hunt country and elsewhere in the prestigious Chronicle of the Horse, the bible of the horse and hound crowd. The kennel's Bassets won awards at the Bryn Mawr Hound Show.

Last week the Pennsylvania SPCA raided her farmhouse in the Schuylkill Valley Nature Preserve and found 23 dogs covered in feces and riddled with parasites, said George Bengal, the PSPCA's director of law enforcement.

Humane agents first went to the house on July 21 in response to neighbor complaints about noise and odor, said Bengal. Finding no one home, they left cards asking the property owner to contact them. When no one responded, an agent and two state dog wardens returned on July 27. Willard refused them entry and as they left the property she threw stones at the officers' vehicles, said Bengal.

They returned later that day with a search warrant and found dogs living in what Bengal described as unsanitary conditions and in need of veterinary care. Willard voluntarily surrendered 11 dogs and agreed to comply with certain conditions for keeping the rest, including inspections, he said.

"We could have charged her, but we didn't yet," said Bengal. "We could have seized the dogs, but she agreed to get medical care for the remaining dogs and spay or neuter eight of the 12 dogs" - the limit allowed under the city's decades old animal ordinance.

Since there were fewer than 26 dogs on the property (the number required for a state kennel license) there were no citations issued by the state, said Chris Ryder, spokesman for the Department of Agriculture.

The dogs that were removed were placed with Basset hound rescue groups, the PSPCA said.

The PSPCA's executive director Sue Cosby said they did not initially release any information about the incident because they thought they could resolve the issue amicably with the owner.

"The officer heading the case really went out of her way to work with the owner in an effort to have the kennels cleaned up and the dogs cared for rather than file charges and take all of the dogs,'" said Cosby in an email.

Dog breeder list serves and hunting blogs were buzzing over the weekend with news of the raid. The chatter grew to a fever pitch today with pages of posts defending Willard and railing against the PSPCA for trampling on the rights of dog owners.

So there you have it.

The real facts, as presented so far, is that this woman was a nutter who was abusing dogs by keeping them in filth and without proper veterinary care.

The law limiting the number of dogs in Philadelphia County (a city and suburb last time I looked) was 12, which hardly seem onerous. It is not a new law -- it is more than 25 years old. This crazy woman was way over the legal limit, but no one reported her so long as the dogs were well taken care of. When the dogs were not being cared for, however, and when this crazy old lady would not step up to care for the dogs even when notified by the authorities, the Philadelphia SPCA stepped in to rescue the dogs and to help this poor woman get her life back on keel. That's the story as it reads now.

This is a case statement for abuse of power? I think not!

Is there a lesson here?

Sure. And here it is: