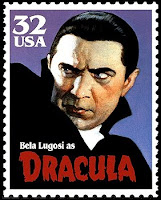 The always intrepid Ryan O'Meara over at K-9 magazine has got the back story as to how the negotiations went between the BBC and the Kennel Club over Crufts. He writes:

K9 Magazine has learned from a BBC insider that discussions took place about the possibility of Crufts 2009 being broadcast if the Kennel Club’s ‘at risk’ breeds would not be featured in the showring but they COULD have been featured in the TV broadcast provided a critical, unbiased commentary was given referring to the health of the breeds in question along with a similar proviso for the two ‘Pedigree Dogs Exposed breeds’ the Rhodesian Ridgeback and Cavalier King Charles Spaniel.

As we now know, the Kennel Club rejected the BBC’s terms ...

In short the Kennel Club decided to kill BBC coverage of Crufts if the BBC merely told the truth about the serious health problems associated with just 14 breeds of dogs.

Is this the same Kennel Club that would have us believe that they are going to be brave and vigilant and open about health problems in the breeds?

What they have done here is reveal their hand.

The Kennel Club recoils from the cleansing effect of sunlight like Bela Lugosi in a vampire movie.
.

Email ThisBlogThis!Share to TwitterShare to FacebookShare to Pinterest
Labels: Crufts