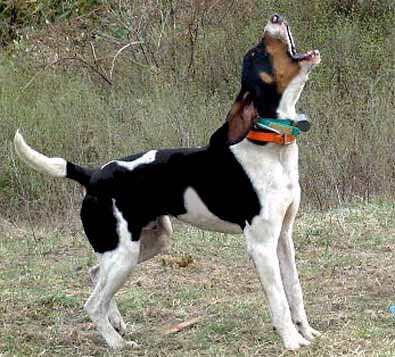 The article below is from Hampton Roads, Virginia and it's pretty clear that these two employees of PETA were stealing a coon dog that had on a working locator collar which they ditched on the side of the road.

The judge should give these two fools hard time in the Virginia penitentiary for at least a year. Ironically, the person that busted these punks was the owner of the dog -- and also the local animal control officer. He had the good sense to turn the case over to another officer. The judge should be able to figure out who did the right thing here -- and who is a bald-faced thieving liar.

NORFOLK - Two employees from People for the Ethical Treatment of Animals have been charged with abducting a hunting dog in Southampton County.

About 10 a.m. Wednesday, a witness reported seeing two women in a vehicle with PETA markings take the dog from the side of Meherrin Road, said Detective Cpl. Richard Morris of the Southampton County Sheriff's Office.

A witness alerted the county animal control officer - who happened to own the dog. The officer stopped the vehicle soon after and, finding his dog inside, turned the case over to a colleague, Morris said.

The dog's radio tracking collar had been removed and was found near where the women reportedly picked up the animal, Morris added.

The two women were released and not charged at the time, Morris said. Arrest warrants were issued later.

Each has been charged with grand larceny and petit larceny for taking the dog and radio collar, respectively.

The two women are expected to surrender at the sheriff's office today, Morris said.

PETA issued a statement Thursday saying the two had done nothing wrong.

"They found a dog alongside a busy highway and picked her up for her own safety," the statement read. "That's what we tell everyone to do when they encounter strays - stop and assist."

The statement said the women were calling in the dog's tag numbers to the PETA office to help find the owner when they were approached by the officer who owned the dog, which they immediately turned over.

There is no leash law in Southampton County, Morris said, so dogs are allowed to run free. PETA said its workers did not know this, adding that this law "needs to be changed for the animals' own safety."